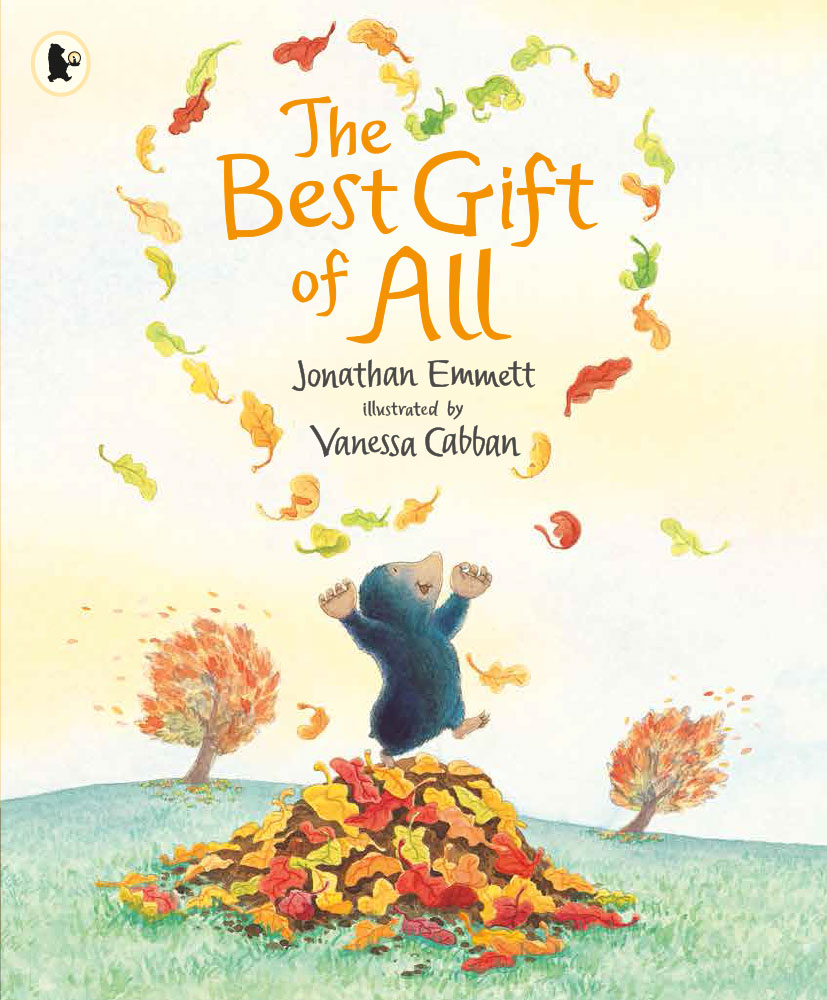 The Best Gift of All

If there’s one thing Mole’s good at it’s digging. So, when it’s too wet outside to visit Rabbit, Mole sets out to visit her UNDERGROUND, picking up Squirrel and Hedgehog along the way.

The lovable Mole returns in this story about the simple joy of friendship.

“Cheerful and colorful artwork fit perfectly with the text in this story about animal friends.”
Richard Tambling, JOURNAL ENQUIRER 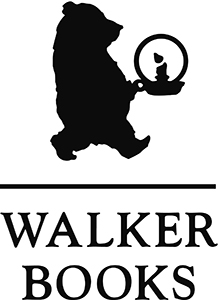 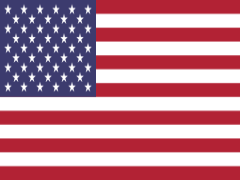 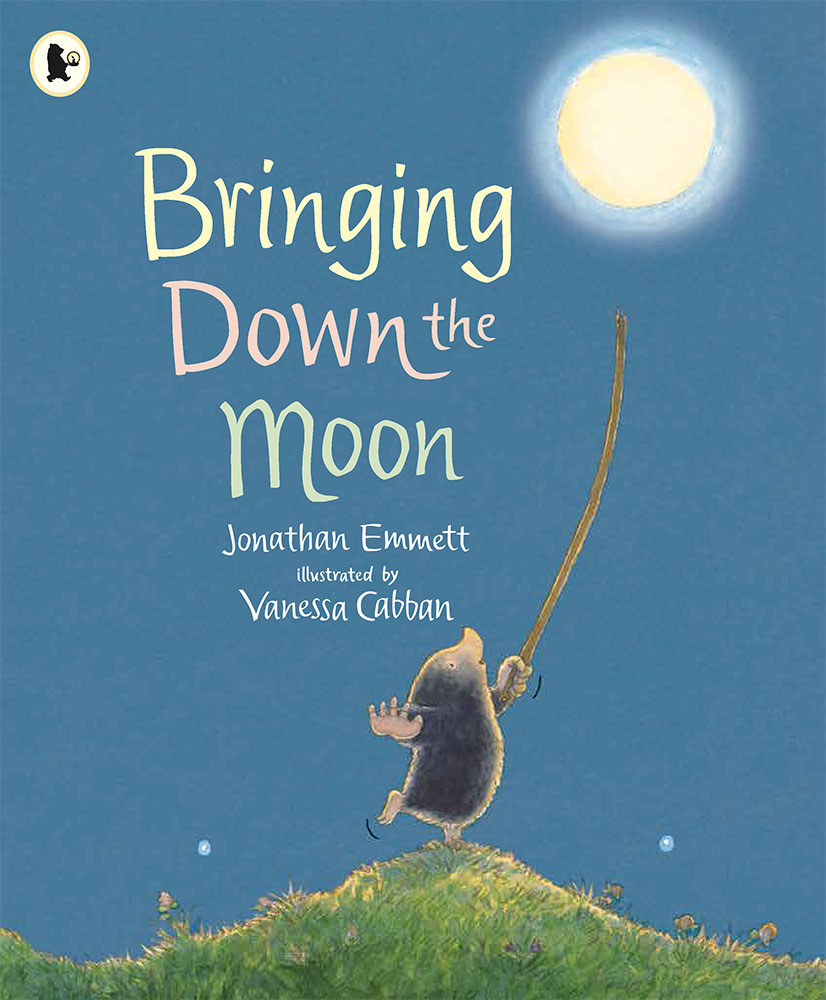 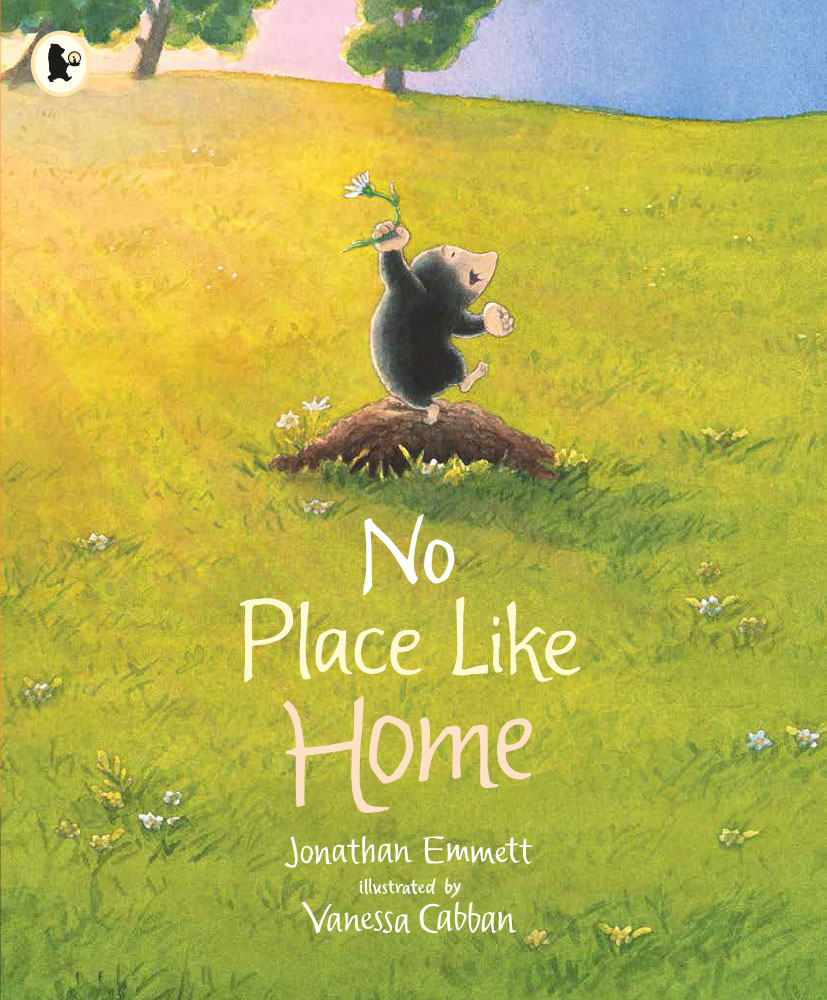 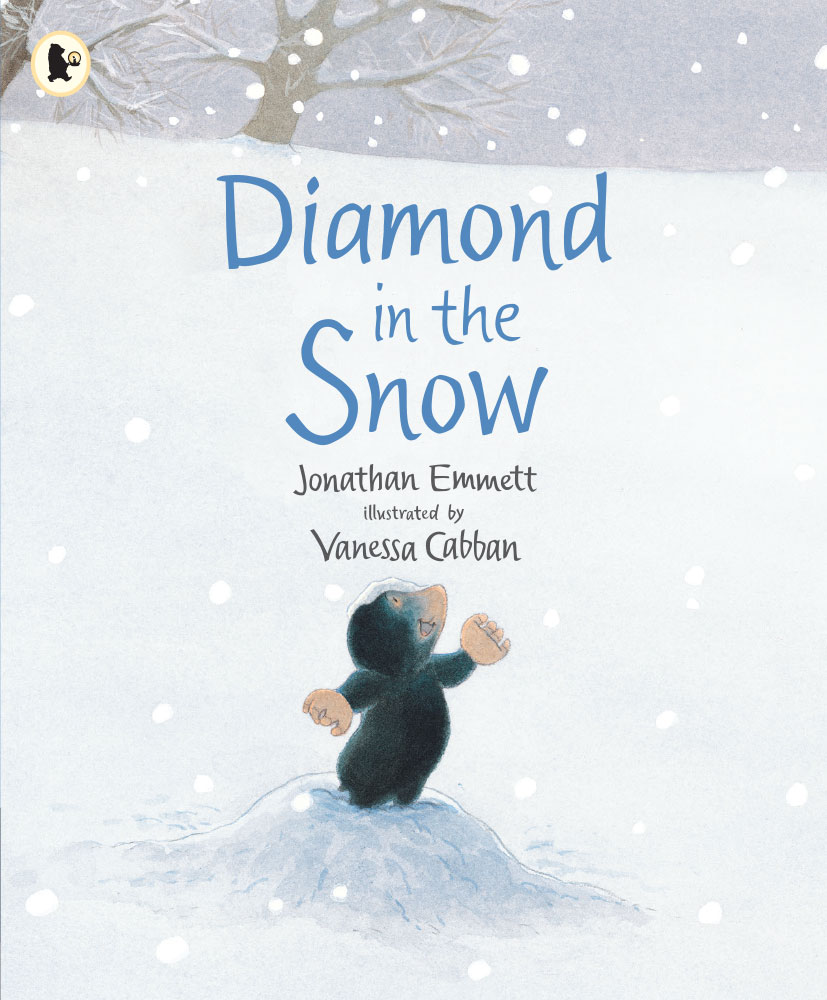 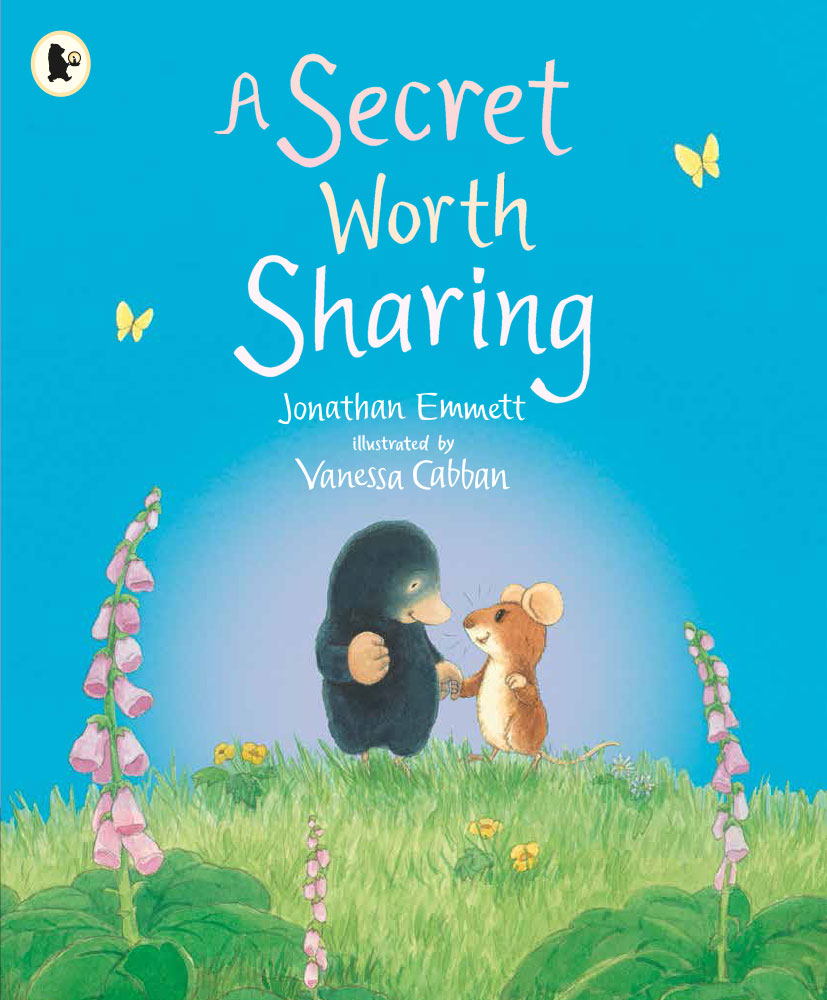 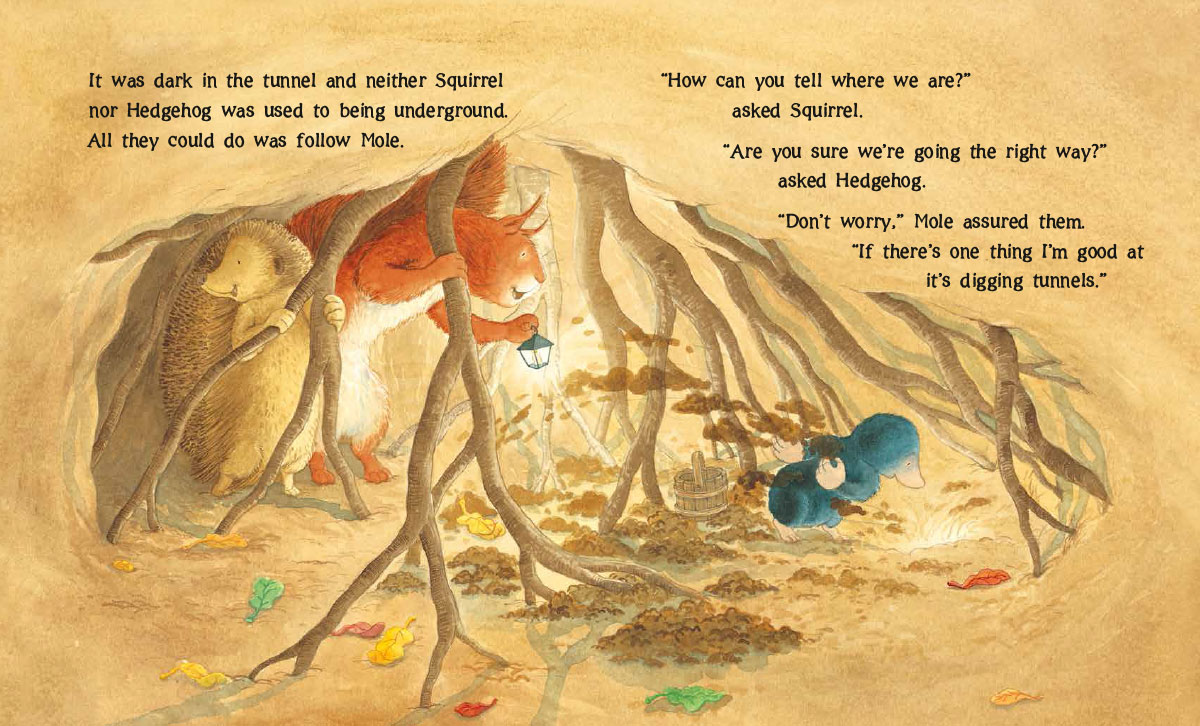 If you’ve read my author’s notes for the first three Mole and Friends books, you may know that each book has a different predominant colour and this fourth story was written with this colour theme in mind.

I’d originally intended the fourth book to be the ‘red book’ having had a suitable autumnal story at the back of my mind for a couple of years.  However, when I finally wrote up the story, my publisher did not think it was strong enough* and asked me to come up with another autumnal story to fit the bill.  This proved difficult.  The first story had been in my head for so long that it had become ingrained and when I tried to write another story with the same characters in the same autumnal setting it always ended up following a similar line.

Around this time I had a phone conversation with Mole and Friends illustrator, Vanessa Cabban, and mentioned the difficulty I was having writing the next story.  We also discussed the fact that after the red book, we might have to forgo the colour theme, as there are not that many colours that Mole might reasonably encounter in his woodland home.  I mentioned that one of the few remaining options that had occurred to me was a brown book set mostly underground, but I thought that this might be too restrictive for her to illustrate.  However, Vanessa was very keen on the idea, and suggested that if I couldn’t come up with a new red book text, I should try writing the underground brown book instead – which is what I did!

All of the previous Mole and Friends stories are about Mole venturing up, above ground into a new environment on a quest for something unfamiliar.  This story goes in the opposite direction, with Mole staying down underground, in his native habitat, in search of something – or rather someone – familiar.

One of the challenges of writing a series of stories about the same set of characters is that you have to maintain the familiar appeal of the characters, whilst offering something different.  One of the differences in this story is that the character relationships are reversed. While Rabbit is usually the most responsible and parent-like character, it’s Rabbit that needs looking after in this story. And while Mole is usually the inexperienced character who’s set straight by the others, in this story it’s Hedgehog and Squirrel who follow Mole’s lead.

It was quite a while before editor Denise Johnstone-Burt and I settled on the title for the story.  The slightly tongue-in-cheek working title I’d given it was Tunnel of Love, which was very apt for a story about digging a tunnel to reach a loved one, but had cheesy connotations that made it unsuitable.  We considered several alternative titles, including A Tunnel-full of Friends and A Burrow between Friends, each of which required slightly different story endings to tie them in.  In the end Denise suggested using the phrase ‘The Best Gift of All’ which Rabbit says at the end of the book.

As mentioned above, I’d had reservations about doing an underground story as I thought the limited earth-tone palette and confined setting would be too restrictive for Vanessa Cabban to illustrate, but I needn’t have worried.  While the story does pop above ground at a couple of points, adding a little colour, the underground world that Vanessa depicts feels so warm and cosy that you wonder why Mole would ever want to leave it.

* This story was subsequently published, with different characters, as Leaf Trouble.

“Three animal friends decide to visit Rabbit, who is not well. Squirrel brings Rabbit some nuts and Hedgehog brings fresh leaves for a bed. But, what can Mole give her?
“The lovely autumnal feel of this book, with its colourful leaves, makes it a great introduction to an autumn topic. The delightful illustrations of tree roots and tunnels also open the way for plenty of discussion with children about what happens underground, and the animals that live there. The intrinsic messages in the story illustrate the rewards of friendship, working together, and caring for others, and the clear, simple text with many high-frequency words will encourage young readers to read alone.”
Brenda Williams, CHILD EDUCATION PLUS

“Children will enjoy this simple tale of friendship. Cabban’s cuddly animals drawn in a palette of soft, autumn watercolors reinforce the warm and fuzzy feeling of Emmett’s story. A pleasant selection for fall storytimes and a good choice for beginning readers.”
Martha Simpson, SCHOOL LIBRARY JOURNAL

“Cabban’s visual tale begins on the front end pages depicting Mole’s climb from his tunnel into an autumn landscape with falling leaves and rain. It ends on the back end pages showing a landscape where the whole gang is happily greeting each other. Gentle watercolors and pencil create a friendly group of anthropomorphic forest citizens who end the story in a group hug.”
Ken & Sylvia Marantz, CHILDREN’S LITERATURE

“Cheerful and colorful artwork fit perfectly with the text in this story about animal friends.”
Richard Tambling, JOURNAL ENQUIRER

“Young children will enjoy the appealing animal characters and the burrowing and tunneling (not to mention the underground word play such as “drop in” and “under the weather”) that moves the story along in this cheerful and brightly colored, cumulative tale.”
Marigny Dupuy, THE TIMES-PICAYUNE