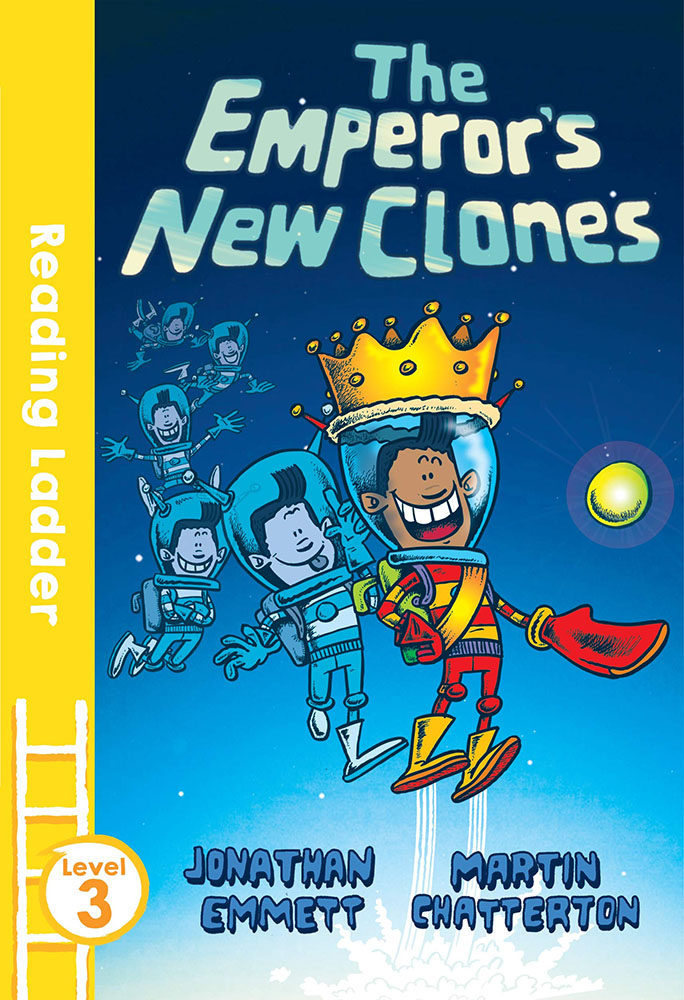 Robbie hates being the Galactic Emperor. He has so many royal duties that he never has time to play blasterball, his favourite sport. If only there was someone else who could do them for him. But then Robbie meets Professor Parton. The Professor has just invented a cloning machine, which gives Rodney an excellent idea … 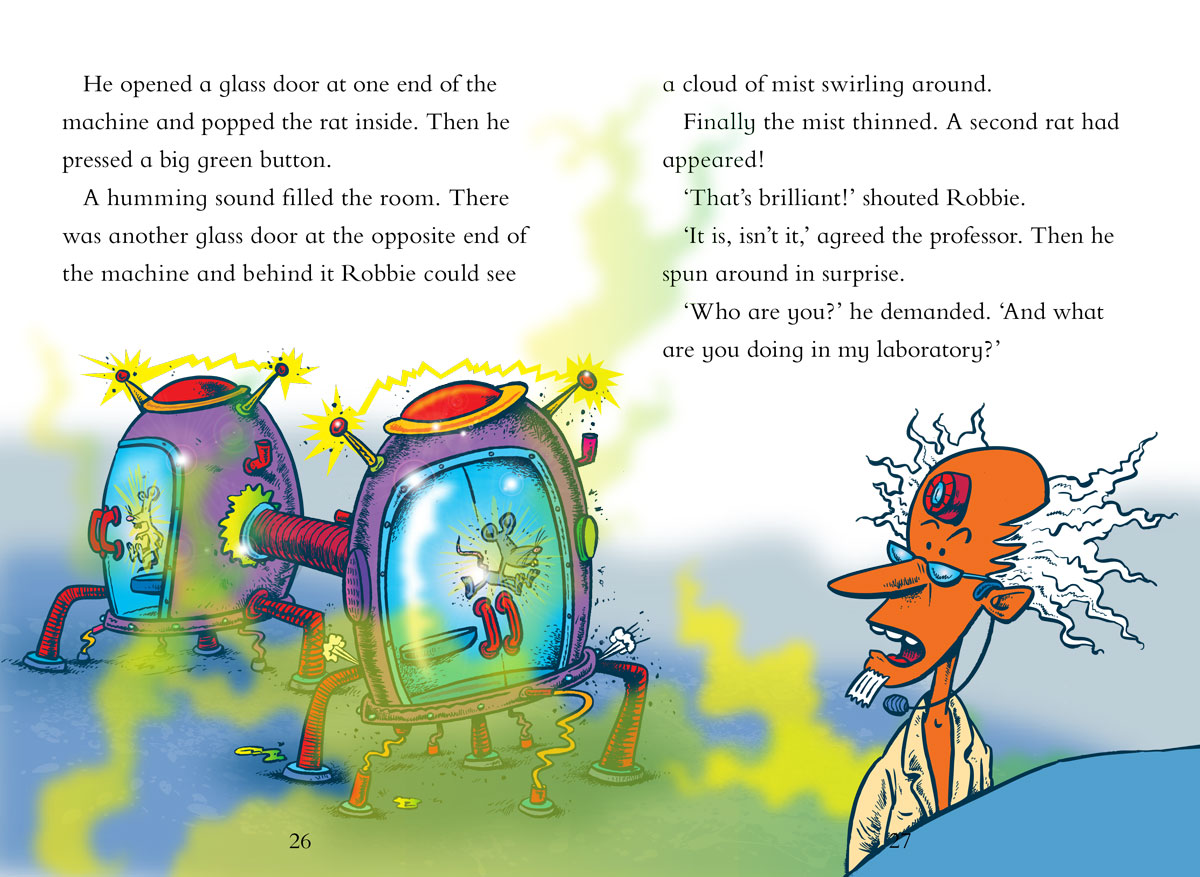 The idea for The Emperor’s New Clones came to me when I was thinking up ideas for another book, Skyboy and other Stupendous Science Stories. As the title suggests, that book contains a collection of stories with a science theme, so I began by writing out a list of scientific fields and then tried to come up with a story idea to go with each of them. One of the fields on my list was “Genetics and Cloning”. As soon as I thought about clones, the punning title The Emperor’s New Clones popped into my head and I came up with the idea of Robbie Remus, the reluctant boy Emperor.

In the end, I didn’t use that story in the Skyboy collection, but I expanded the outline and offered it to Egmont as a book for their Bananas early readers series. Series editor Hanna Sandford liked the idea, so I wrote it up as a story and, a couple of drafts later, Egmont agreed to take it.

One scene that was missing from the early drafts is the blasterball match at the beginning of the book. Blasterball is a futuristic sport, played in zero-gravity, in which two teams score points by firing a ball into the opposing team’s black hole. Robbie is passionate about the sport, but has to give up playing it when he becomes Galactic Emperor. However he’s able to take it up again thanks to Professor Parton and his Duplitron cloning machine. Although Robbie’s love of blasterball was described in the first draft, I’d neglected to show him actually playing it. Following the classic writing rule of “show, don’t tell”, Hannah pointed out that the story would work better if the reader was shown what Robbie was missing out on. So I wrote a new opening scene that drops the reader straight into the closing minutes of a blasterball match.

I give a lot of thought to character names and occasionally use them to sneak in little in-jokes or references that some older readers might pick up on. There are a couple in this story. Miss Sourdust, the overly officious Imperial Assistant is named after Sourdust, the similarly officious Master of Ritual in Mervyn Peake’s Gormenghast books. The second reference is even more tenuous and geeky; cloning genius Professor Parton is named after Dolly Parton, the country singer, who gave her name to Dolly the sheep (the first animal to be successfully cloned from another adult).

The book is illustrated by Martin Chatterton, who also illustrated my first Banana book story, Danny Dreadnought Saves the World. Martin’s energetic comic-strip-like style is a great fit for this story too and I love the zany-looking cast of multi-species characters he’s created.