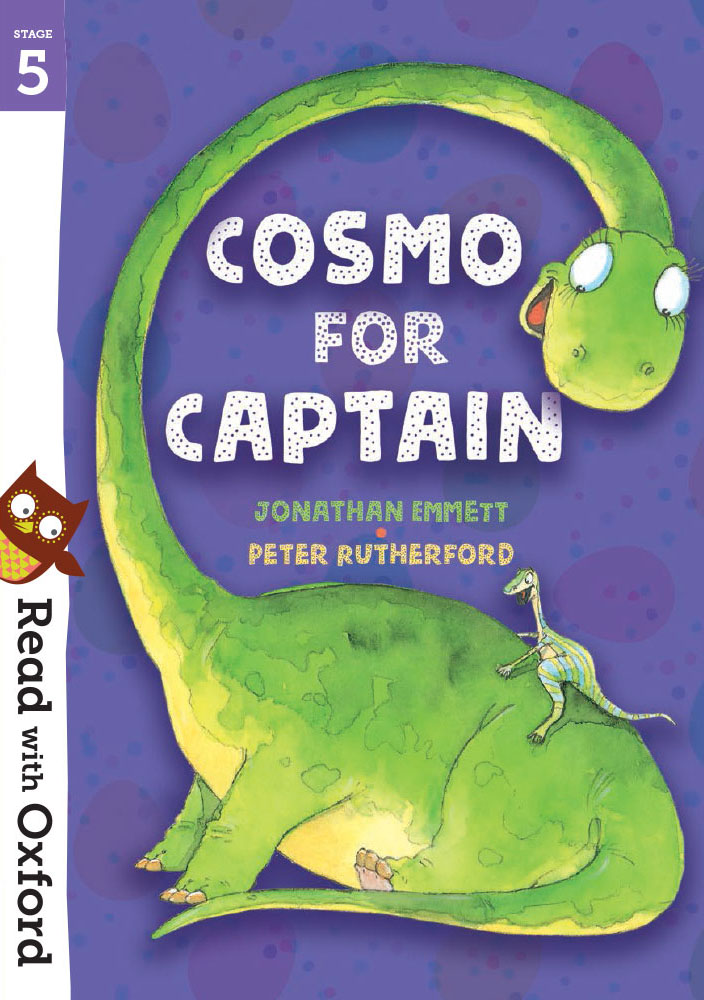 Cosmo is playing boulder ball with his friends in Volcano Valley. Suddenly, they hear a dreadful roar. It’s Tyro the terrible tyrannosaur – and she’s hungry … 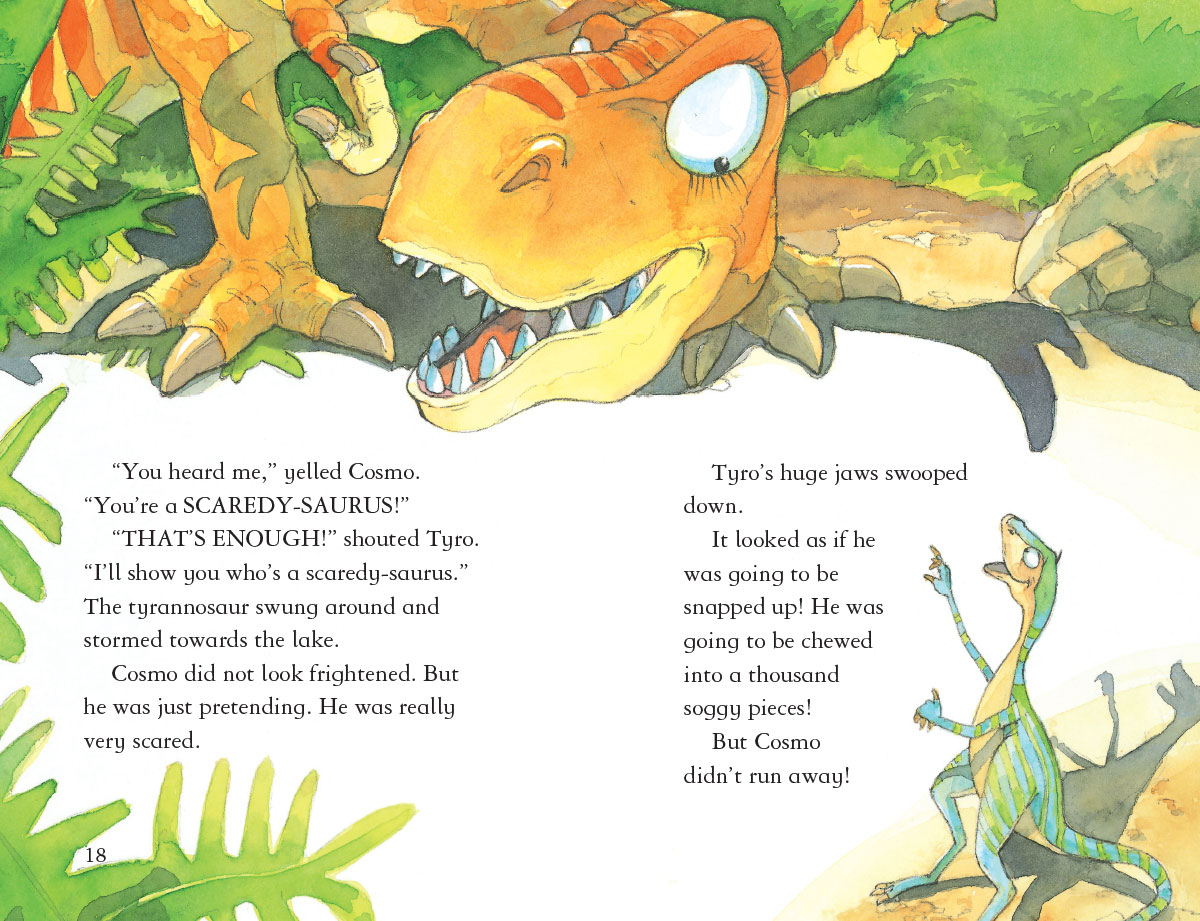 I thought up the story of Cosmo for Captain when I was seventeen. I was an assistant scout leader for a couple of years, during which time I helped with the running of a weekend cub camp. The camp had a prehistoric theme and I was asked to tell a suitable camp-fire story. Instead of using a story from a book, I invented my own.

I flipped through a book about dinosaurs until I came across a page about the compsognathus, a small dinosaur, no bigger than a chicken. I had always thought of dinosaurs as huge lumbering animals so I was surprised and amused by this comparison and decided to make up a story about this little creature.

I didn’t write anything down, I just drew a series of large pictures. The first few pictures showed dinosaurs in comparison to familiar objects and the words went something like this:

This opening got a big laugh and got the story off to a good start.

The story worked well, and many years later, when I was starting out as a children’s writer, I remembered it and turned it into a picture book text.

There was no interest from publishers, so, some time later, I reworked it as a chapter book and came up with outlines for three more stories all set in the same Volcano Valley setting.

Adapting the story into a chapter book involved adding more characterisation and dialogue. I had great fun thinking up the prehistoric insults that Cosmo throws at Tyro, such as “Swamp-breath”, “Fossil-face” and “Clumsy-claws”.

Another change was that I made some of the characters female (they were all male in the earlier drafts) including Tyro, the story’s villainess. This seems to go against the grain, as many people that have read the story fail to pick up on the fact that Tyro is female – which says a lot about sexual stereotypes. However, as the BBC’s excellent Walking with Dinosaurs TV series illustrated, female tyrannosaurs were considerably larger and far more ferocious than their male counterparts.

Although there are only five Volcano Valley characters named in this first story, there are a number of additional dinosaur characters who will (hopefully) feature in subsequent books. The illustrator, Peter Rutherford, was provided with a list of these additional characters to include in his artwork. Experienced dinosaur spotters should be able to identify Terry the pterodactyl, Iggy the iguanodon, Anna the anatosaurus and Corey the corythosaurus along with the five dinosaurs referred to in the text.