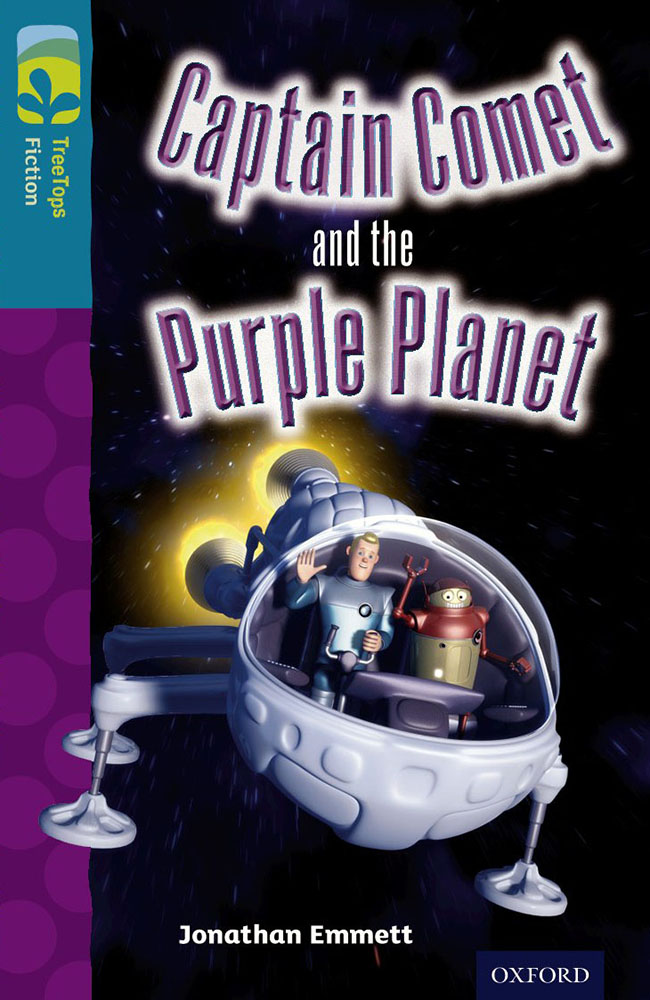 Captain Comet and the Purple Planet

When a mysterious planet is spotted moving through space, Captain Comet and Spanner the robot set off to investigate.
But the purple planet is not what it appears to be … 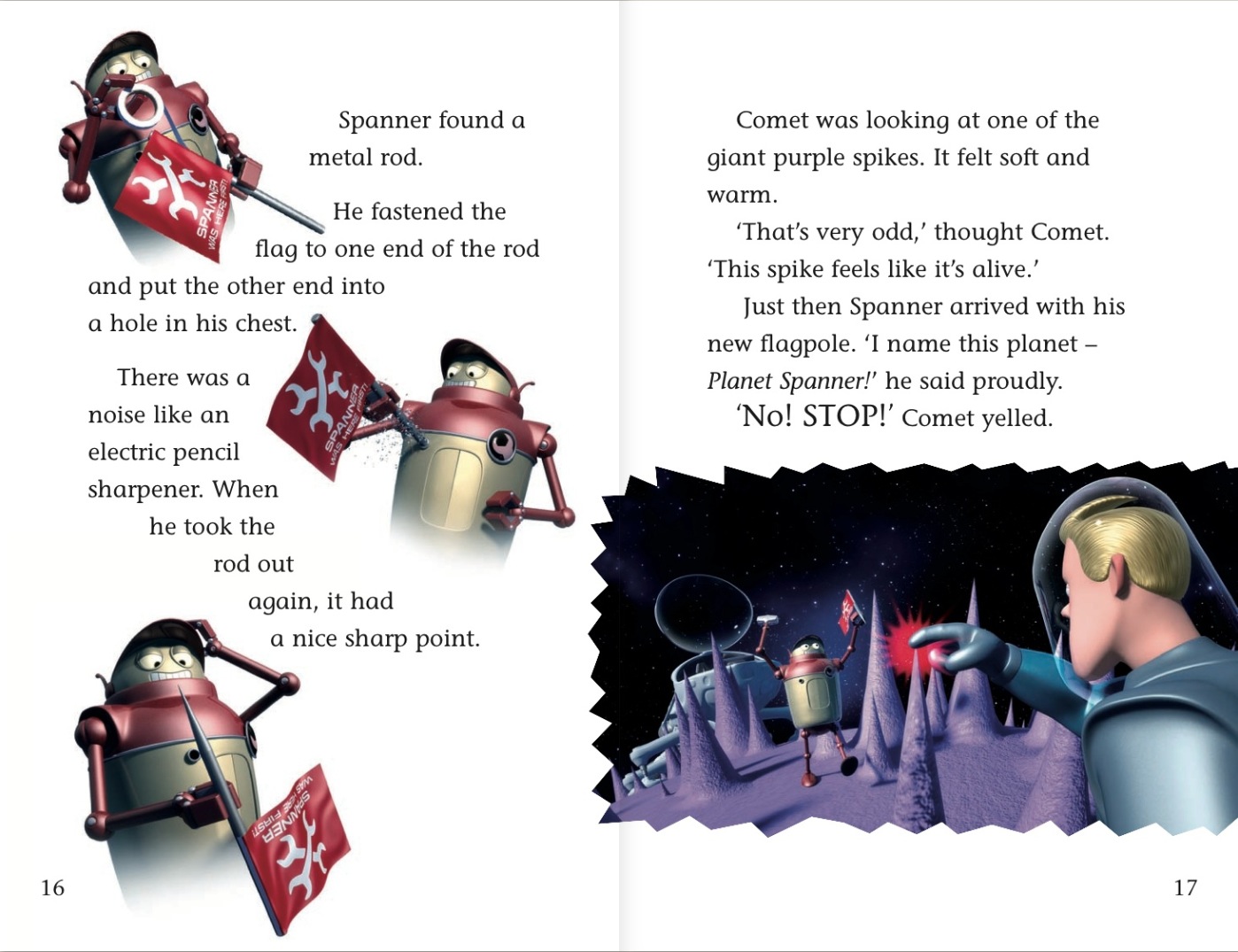 I’ve always loved space adventures, but Captain Comet and the Purple Planet is the first space story I’ve written myself.  The story went through various shapes and sizes before arriving at the published version.

It started out as one of several story ideas for a space series about a tiny planet ruled by a young queen and defended by a daring hero, who at that stage was called Captain Stardust.  I jotted down a few plot outlines including the purple planet story, but didn’t develop the idea any further at the time.

A while later, Alison Sage, a freelance editor who has edited all of my Treetops stories, approached me to see if I was interested in writing for a reading scheme that she was doing with another publisher.  Alison is always a pleasure to work with, and so I said yes.  Alison was looking for stories that might be particularly appealing to boys, so I decided to write up one of the plots from the space series.  However the reading scheme required short, simple stories that five-year-olds could read for themselves.  So I had to strip down the plot to its essentials and retell the story in short sentences with a simpler vocabulary.  One of the biggest changes I made was to drop the queen and the planet setting (which took too long to explain) and re-locate the story in a space station, which was more straightforward.

Although both Alison and I were pleased with the result, now titled Captain Comet and the Purple Planet*, the story was not accepted by the publisher and so I put it aside once more.

A while later, Alison got in touch with me again.  She was editing for Treetops once more and wondered if I’d be prepared to rework the story as a Treetops book, only this time for seven to nine-year-old readers.  This meant building the story back up again, adding in more detail.  Of course, I could have simply gone back to the original Captain Stardust version, but the process of pairing down a plot often makes you look at it more objectively and I decided that the story worked better in the new space station setting.  So I expanded it along those lines adding in more dialogue and characterisation and a new sequence at the beginning to help establish the setting and the relationship between the main characters.  Fortunately, this third reworking of the story was accepted for publication.

I am delighted with Andy Parker’s stylish, computer-modelled illustrations for the book, which give it an appropriately space-age feel.  And his purple planet monster looks just as I’d imagined it.

The idea for the planet monster was partly inspired by a photograph of a purple porcupine fish that I found on the internet (click here to see the photo).  When it’s in danger, the fish puffs up its body into a big spiky ball and looks just like the monster in the story.

If the concept of a lump of rock that turns out to be a giant creature seems familiar, it’s because it’s a very old plot twist – at least a thousand years old.  The earliest occurrence that I’m aware of (and the one I had in mind when I was writing this story) is in the Seven Voyages of Sinbad the Sailor.  On Sinbad’s first voyage, he discovers a beautiful island.  It’s only when his crew light a fire on the island that they realise that it is in fact a giant fish.

* I changed ‘Stardust’ to ‘Comet’ after I found out that the name “Captain Stardust” was already being used by another author.  However, the name ‘Stardust’ remains as the name of the space station in the published story.